The city of Venice has been proudly independent for one thousand years. It’s bond with water is indissoluble. Its own nature is liquid, always able to adapt, mutate and absorb the best from each historical period. During the last decades many factors are underlining its fragility, not only the depopulation or the massive tourism but also the effects of the climate change. The phenomenon of high water has always existed but lately its frequency and intensity is growing. From 2001 to 2019 took place fifteen record-level high waters, in 2019 the 187cm high water flooded almost entirely the city causing significant damage to economy and the artistic heritage. In order to protect the city institutions started since the 70’s the Mose project (Experimental Electromechanical Module), a system of mobile flood barriers actionable in case of emergency and able to isolate the lagoon from the sea. Its realization proved to be highly complex, slow, while sensational episodes of corruption and mismanagement took place. In 2019 Mose isn’t working yet and is the focus of a huge controversy. The high water is probably the most representative aspect of the difficulties that the last true residents must deal with. Thanks to their proudness a true, and not only touristic, Venice is still existing. Day by day they work, meet, live even through flooded squares, streets and houses. But as said the nature of the city by itself is liquid, for Venice the water is a mother who shaped its destiny and character. 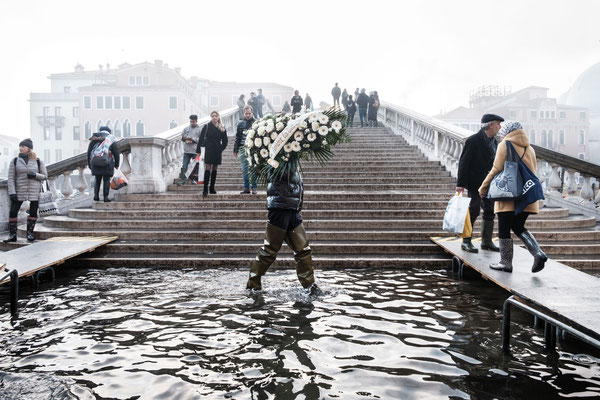 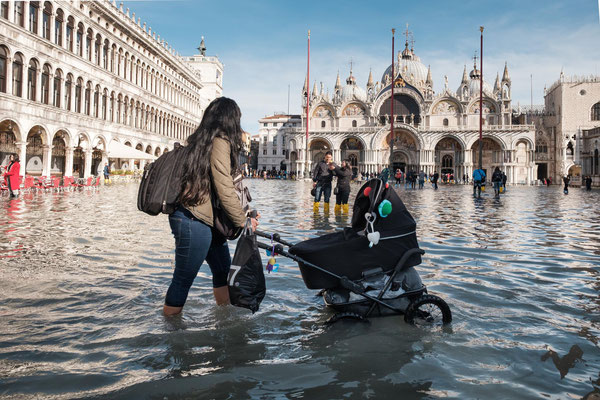 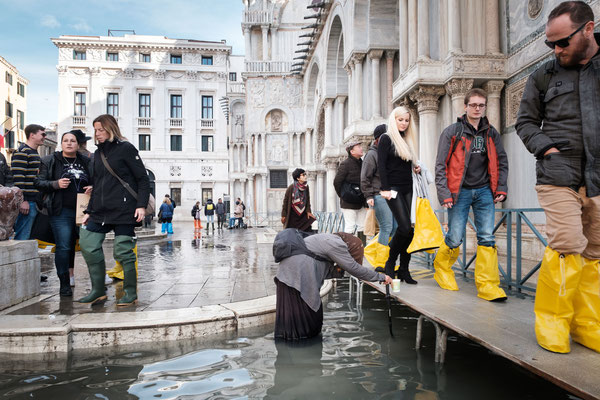 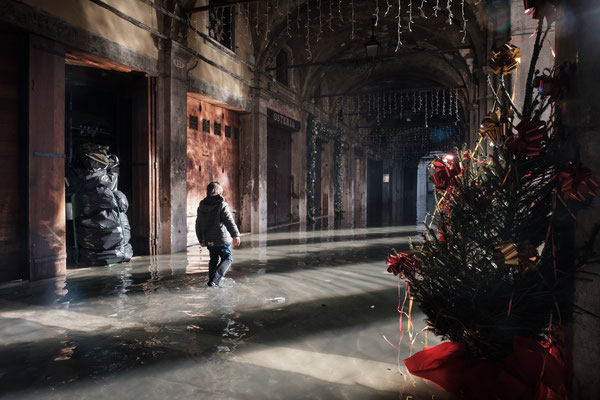 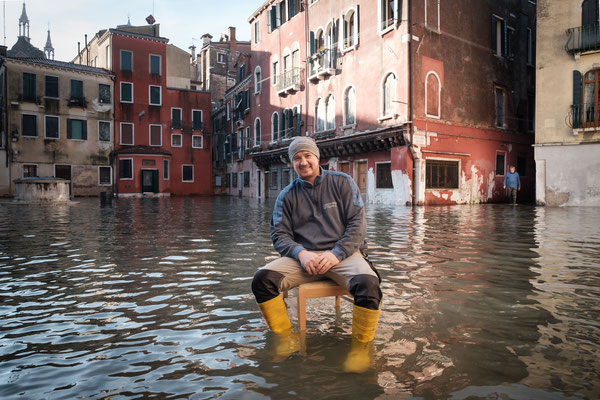 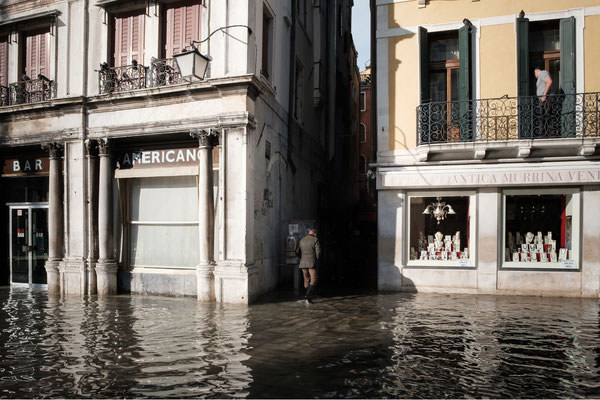 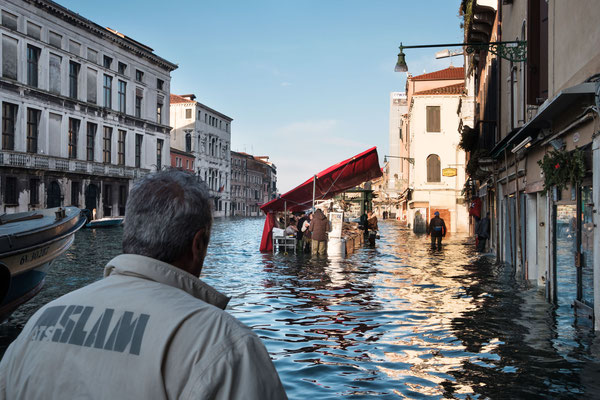 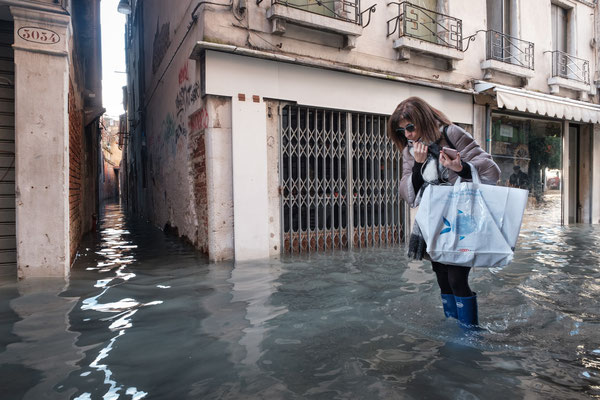 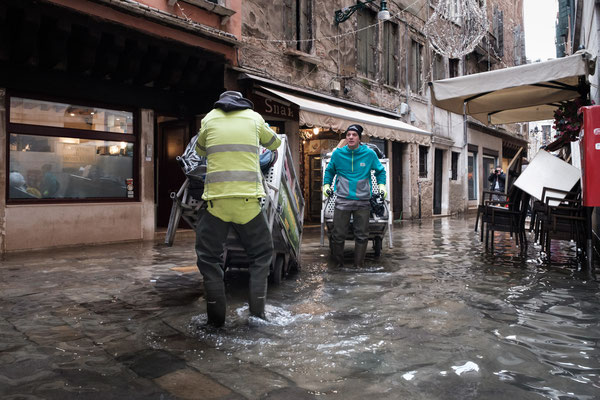 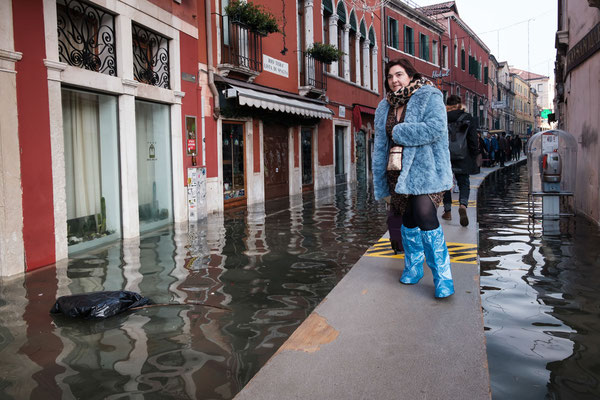 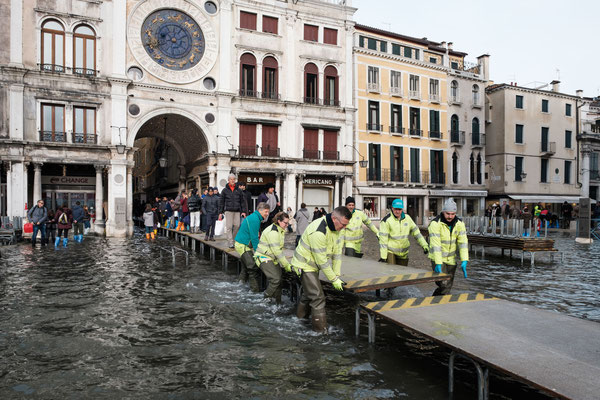 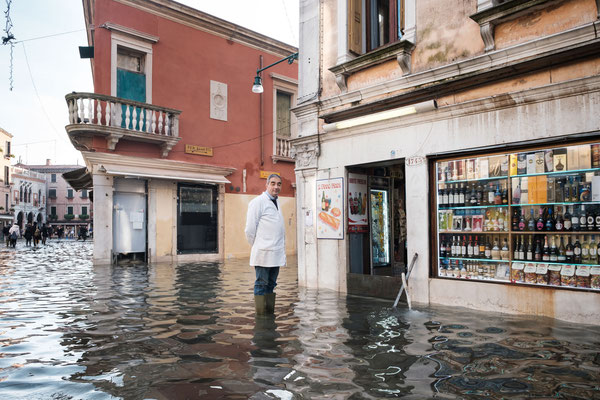 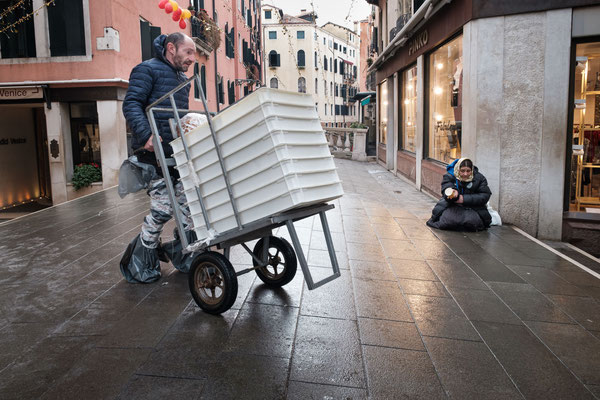 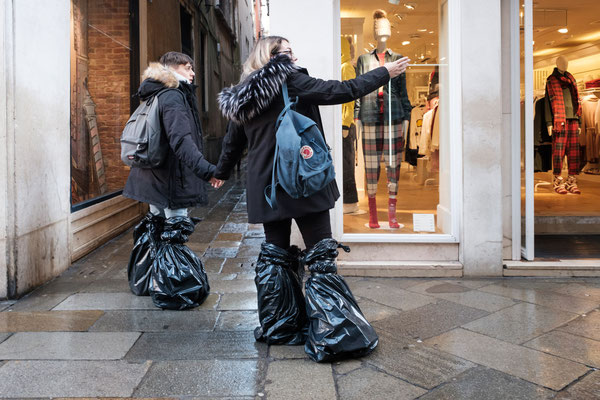 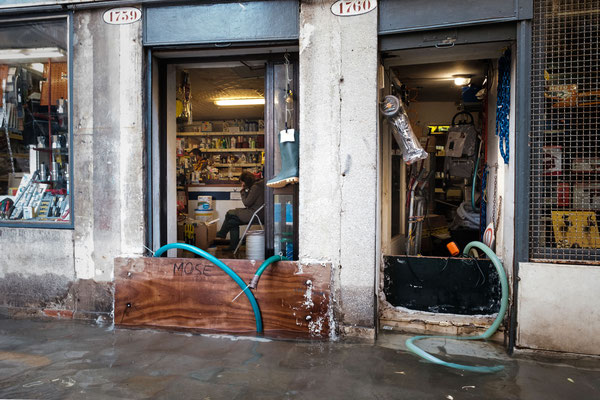 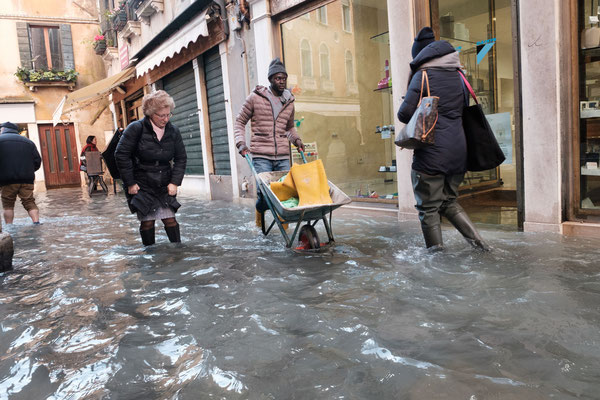 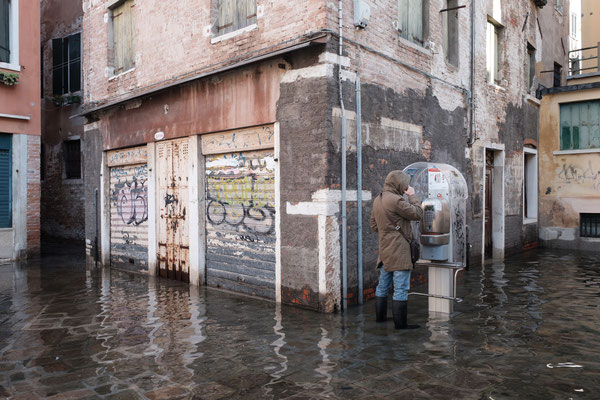 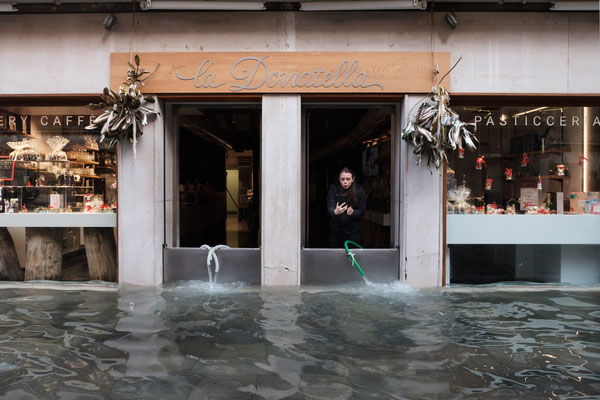 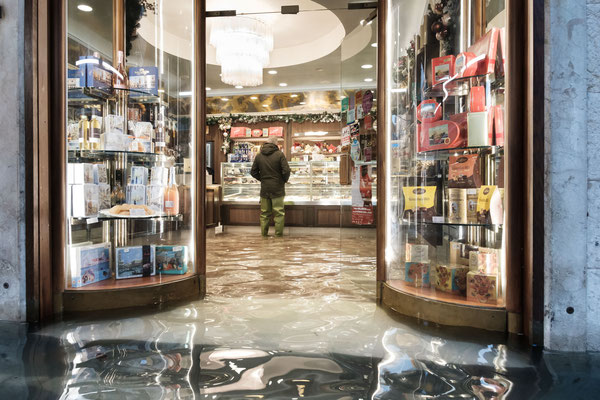 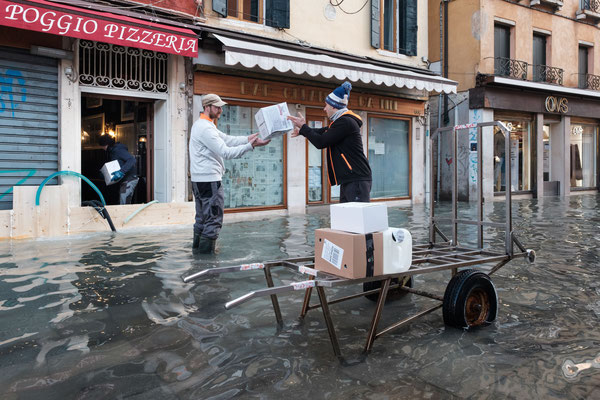 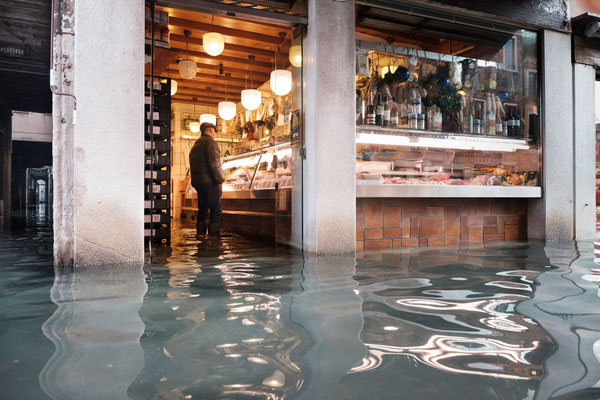 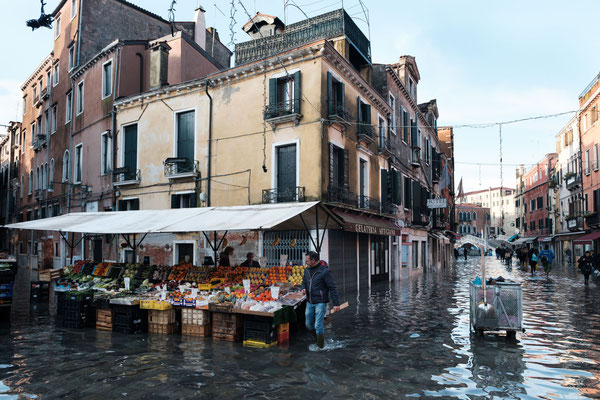 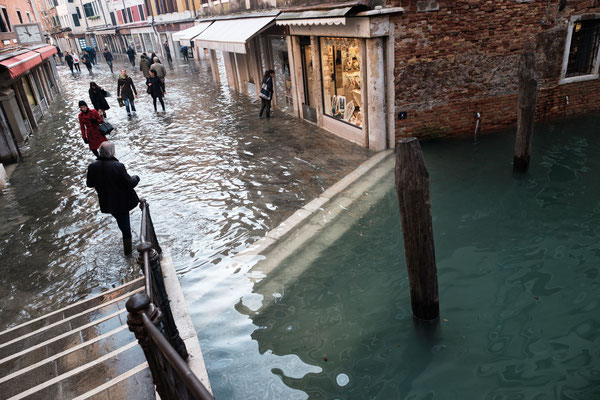 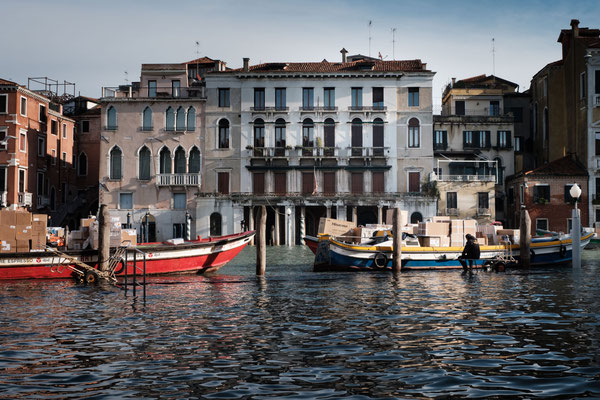 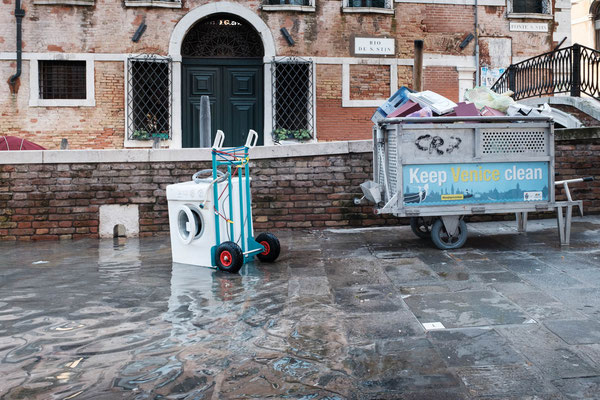 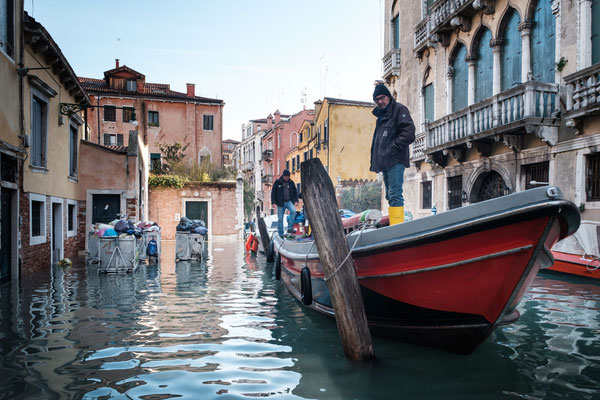 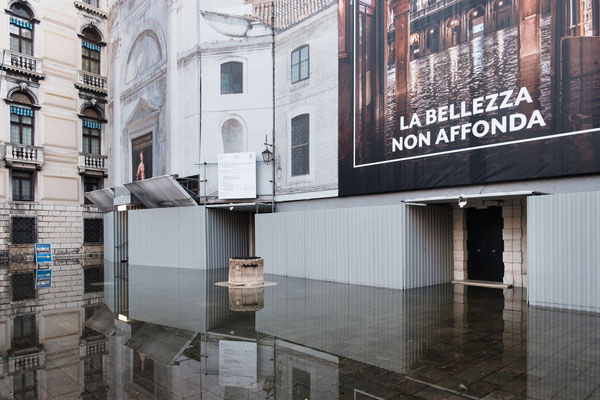